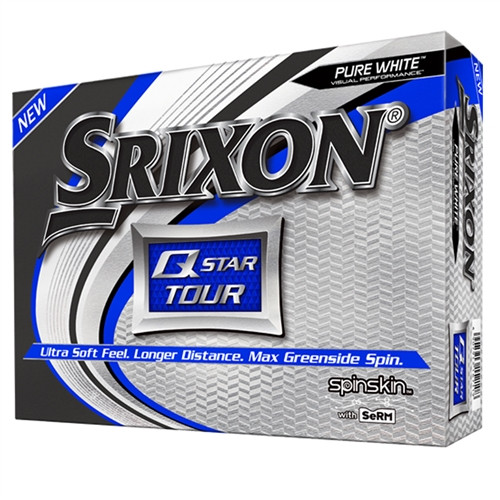 Now in its third generation, the new Q-STAR TOUR is Srixon's softest golf ball with tour-level performance. Get tour-caliber spin and distance from its three-piece construction and urethane cover, along with exceptionally softer feel than traditional tour balls.

Get the power and performance of a true tour golf ball, but play with a softer feel at impact. This is the all-new Q-STAR TOUR, Srixon's softest ball with tour-level performance. With the largest core in its class and FastLayer technology, Q-STAR TOUR is fast off the face and long off the tee. Its new SeRM urethane cover delivers "one-hop stop' control for the ultimate combination of distance and spin.

FastLayer Core
The new FastLayer Core offers distance and soft feel without compromise due to a gradual transition from soft inner core to firm outer edge.

Alignment Aid
New side stamping aids in alignment when standing over those crucial putts.